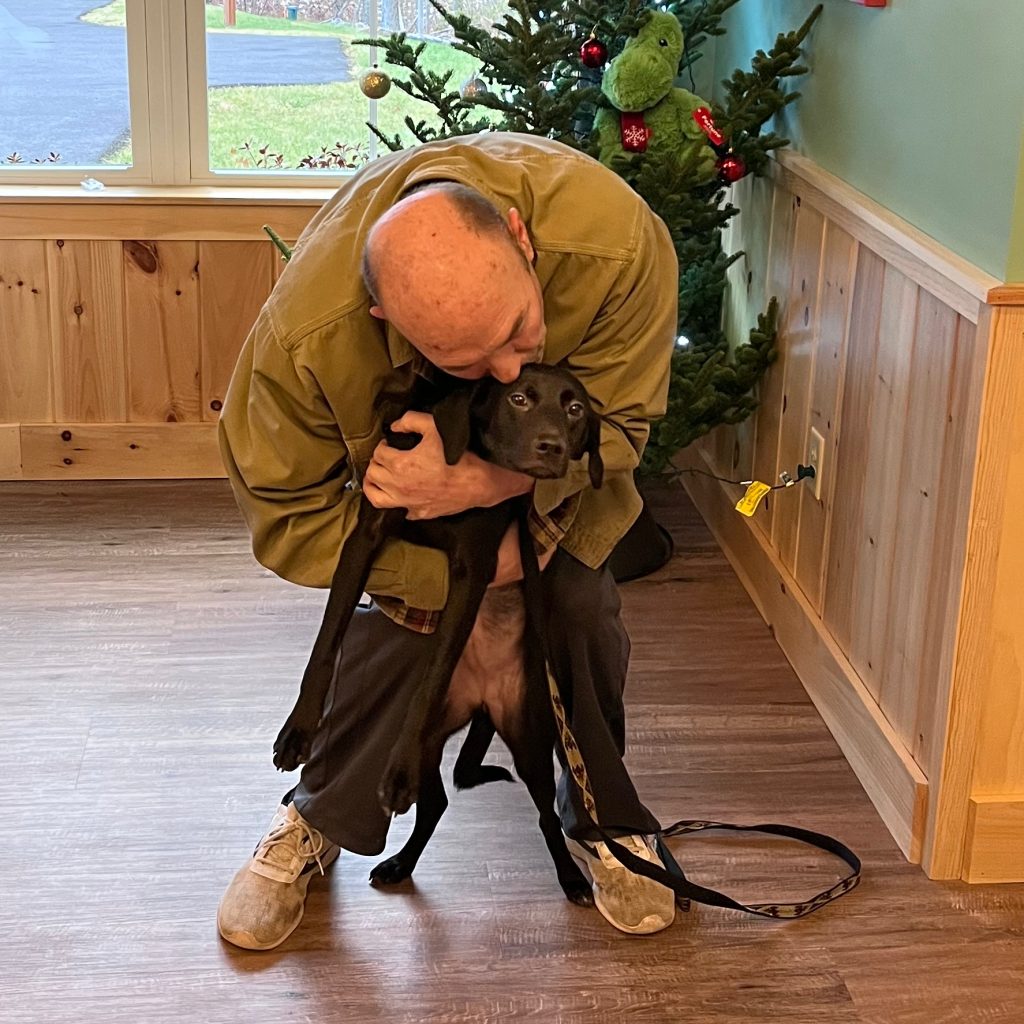 Sadie has been adopted. William, who lives just next door in Shapleigh, has been biding his time waiting for his next soul mate to come along. Ever since he lost his previous dog he has been keeping an open mind and open heart in search of his next companion. He visited several shelters, but when […] 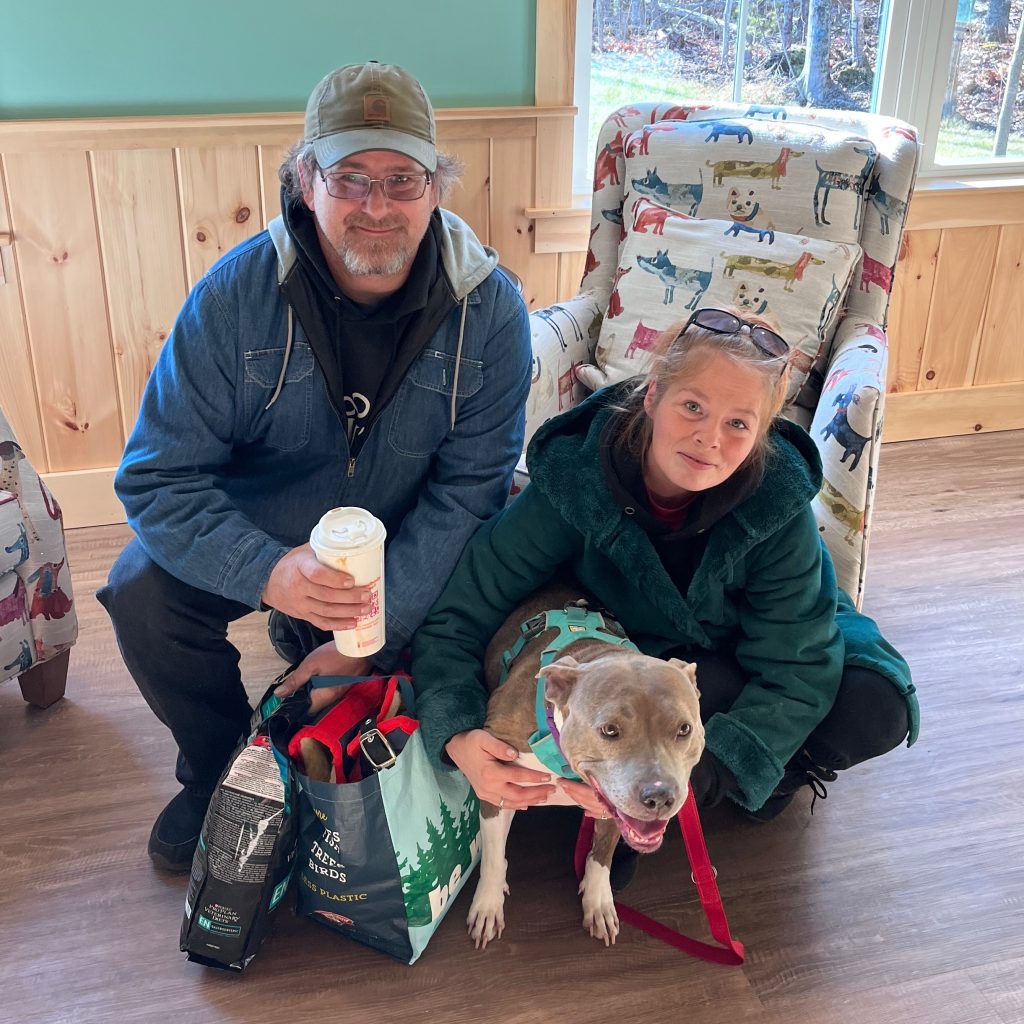 BIG NEWS- Layla has finally been adopted. Our darling princess was becoming a bit of a mascot around here, and though we will miss her daily cuddles and antics, we are beyond thrilled that she has found such a perfect home. Jamie and John live in Sanford, and when they saw our “200 Days” post […] 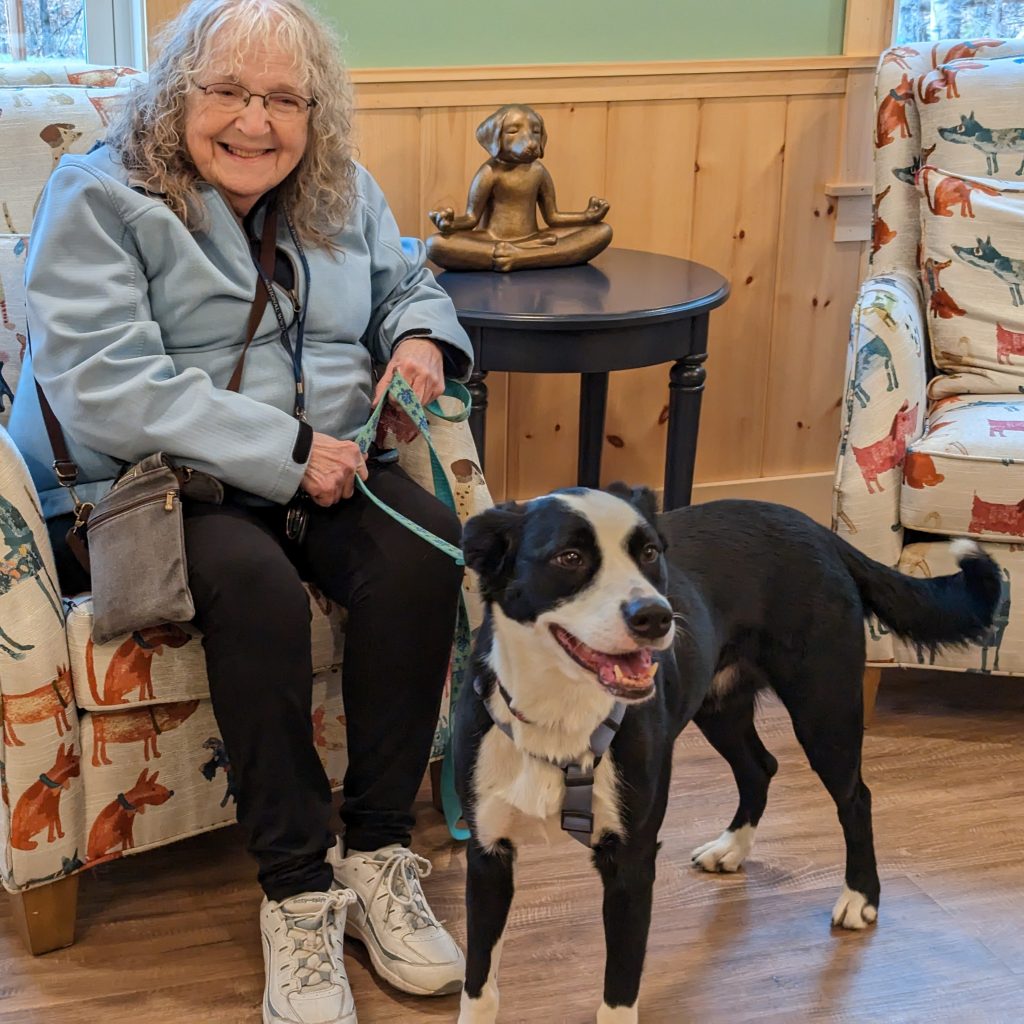 Molly has found her forever home! Mary is a sister to one of our wonderful volunteers. When she heard about Molly, Mary made the trip up from Weymouth, MA to meet her. Mary had a border collie for many years who passed, and after months of healing it seemed like fate for Molly to come […] 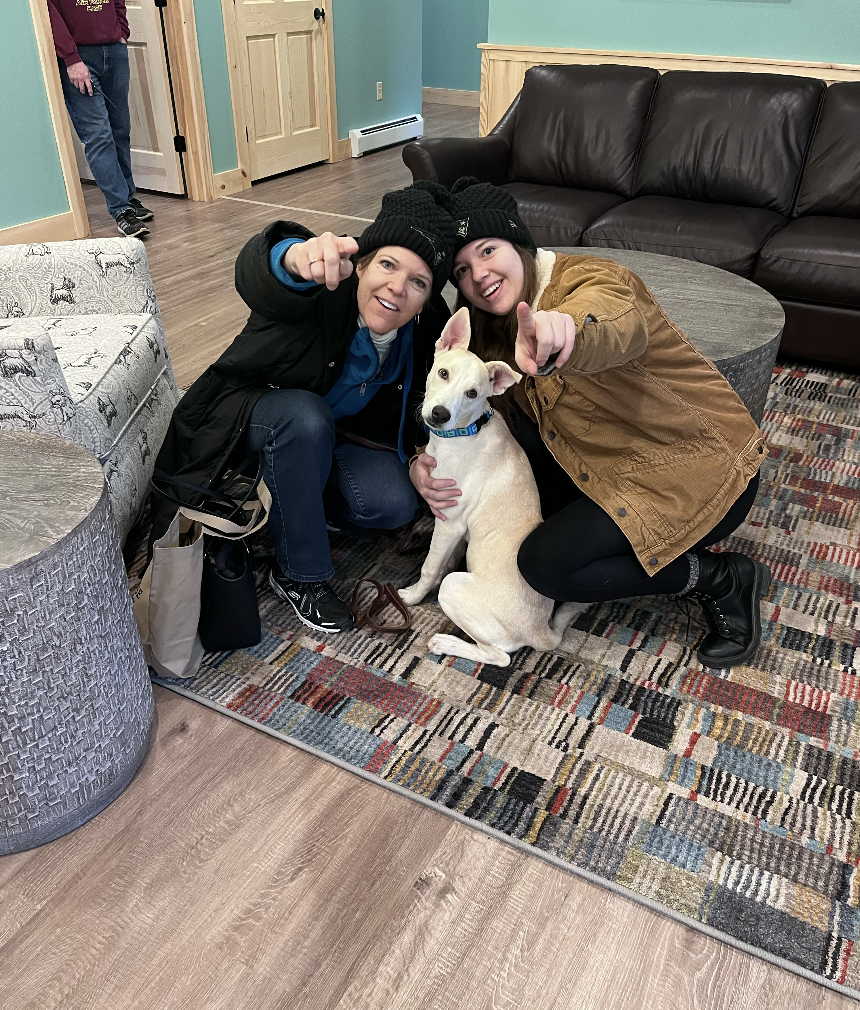 Teddy boy has been adopted! Suzanne and Michael (not pictured) came seeking a pup companion from nearby Kennebunk. Empty nester’s who work from home, they were in search of a dog to raise and train to fit their lifestyle- and young Ted fit the bill. Ted will be receiving ALL of the attention and walks, […] 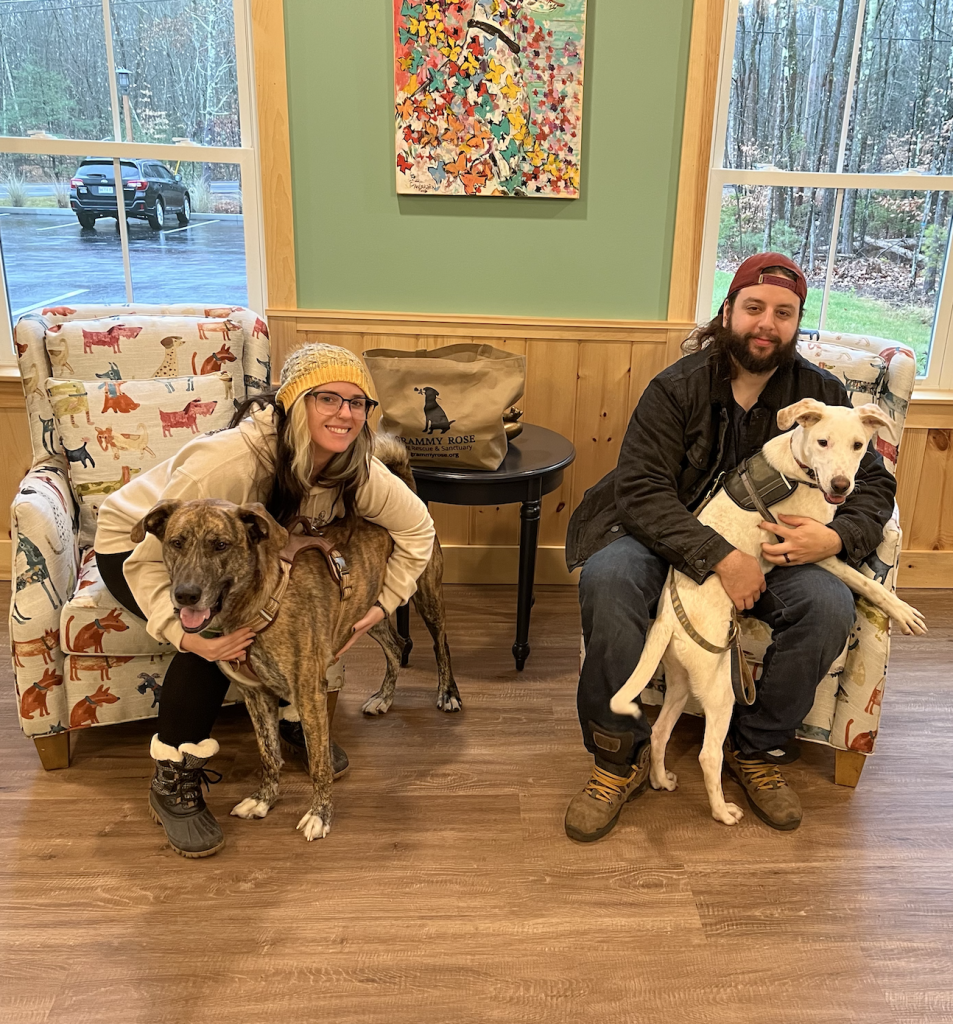 Bruce and Rajah, meet Chloe and Orion! When Chloe contacted us to find a younger playmate for her older pup we had a few candidates in mind. They made the trip down to meet some dogs, and fell in love with not one, but two! Our big guy Rajah was a charmer, and Bruce had […] 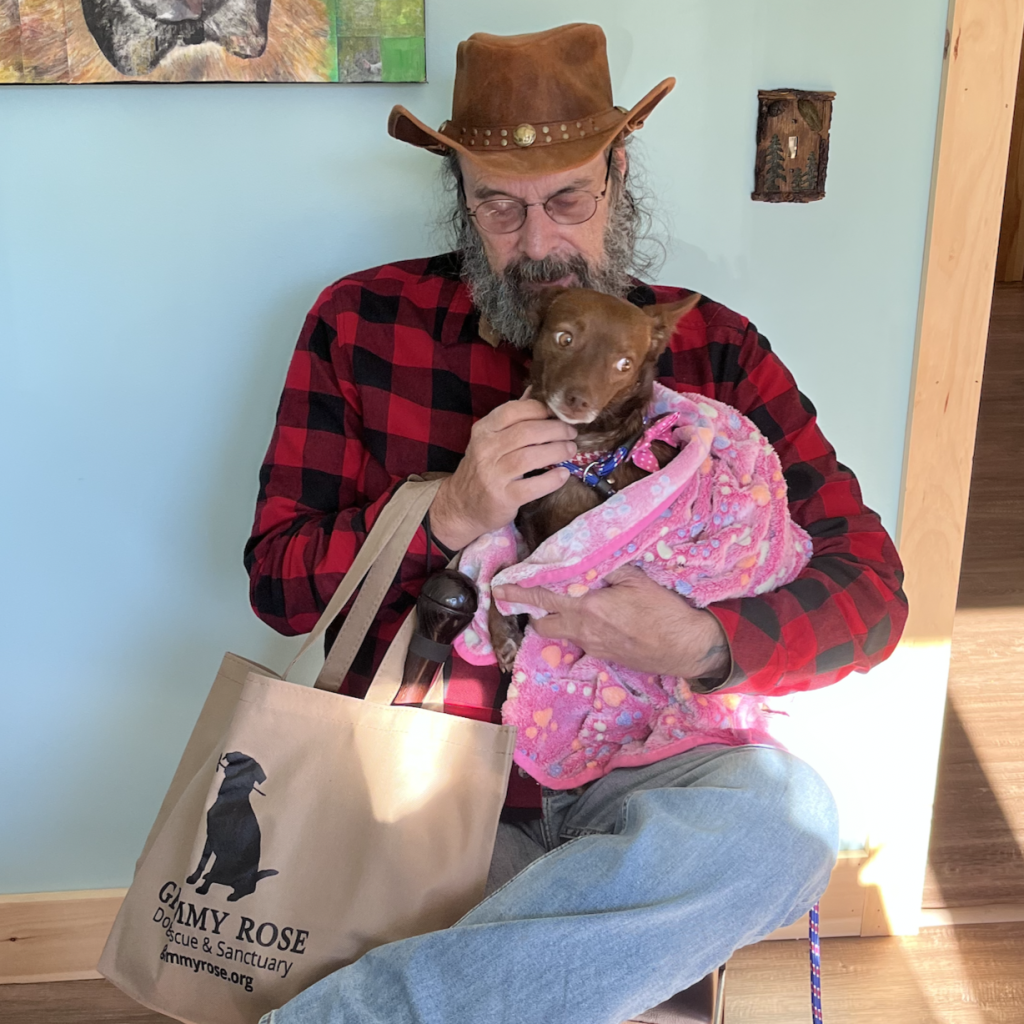 Sweet Sally has been adopted. When Bill contacted us looking for a small dog to be his co-pilot in life we said come on down. He actually came to meet another pup, but when Bill met Sally it was instant love. She sat on his lap for over 45 minutes just soaking up his adoration; […] 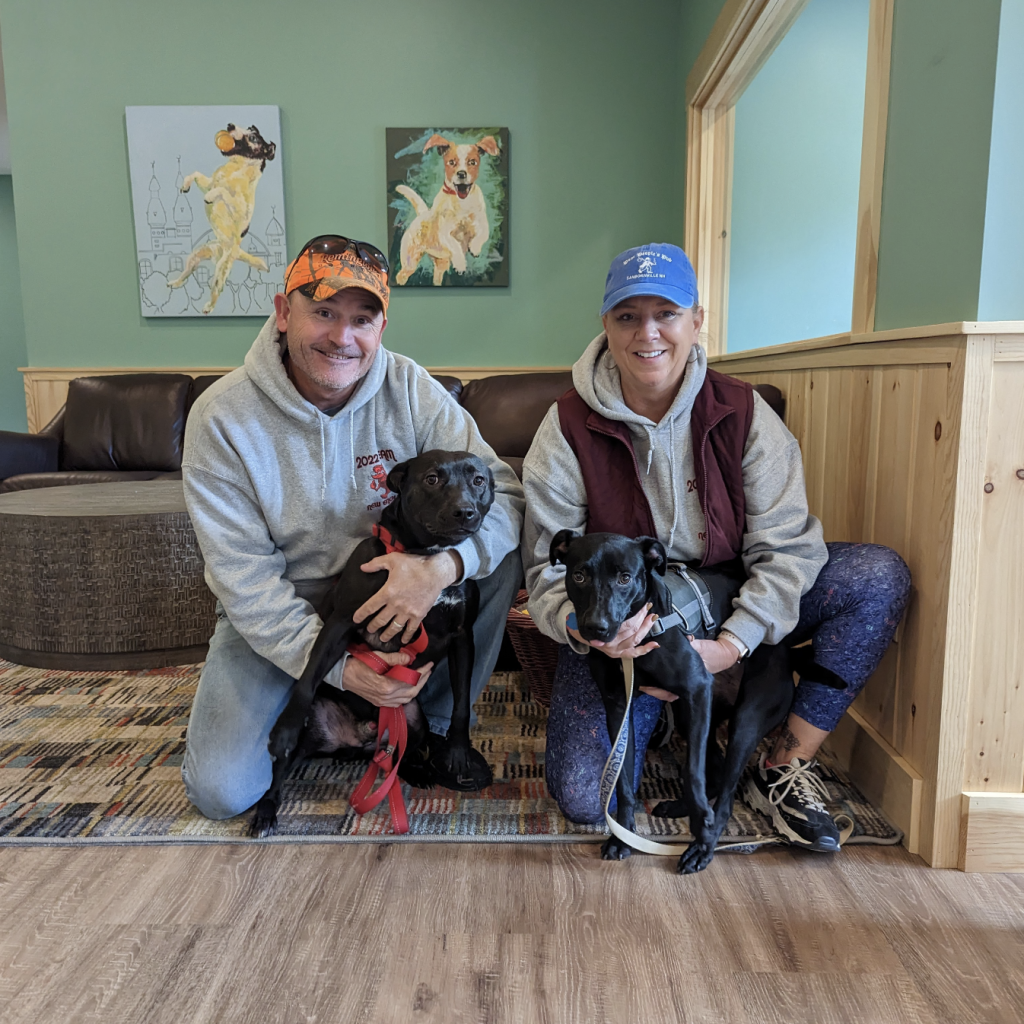 Binx has been adopted! By a Grammy Rose adoption veteran family no less. Binx joins her new brother Blaze- who was one of our very first dogs to arrive last year. Both of these black dogs are just as sweet as pie, so when Blaze’s people called about Binx we were immediately on board with […] 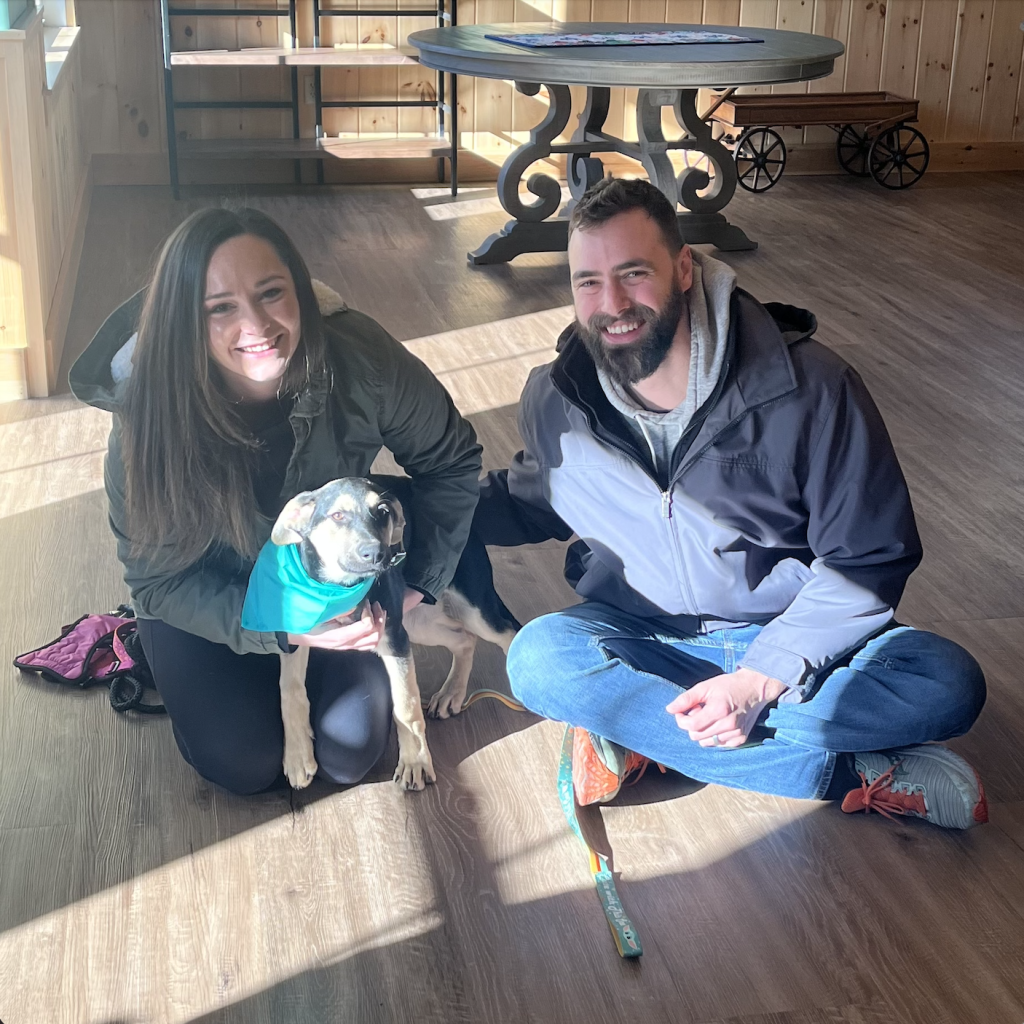 Our darling Bonnie blue has been adopted! Benjamin and Veronica of Dover, NH have always wanted a dog. Now they live in the right space and community where they feel they can give a dog the best life possible, and Bonnie is the lucky gal to reap the benefits. From the moment Bonnie went live […] 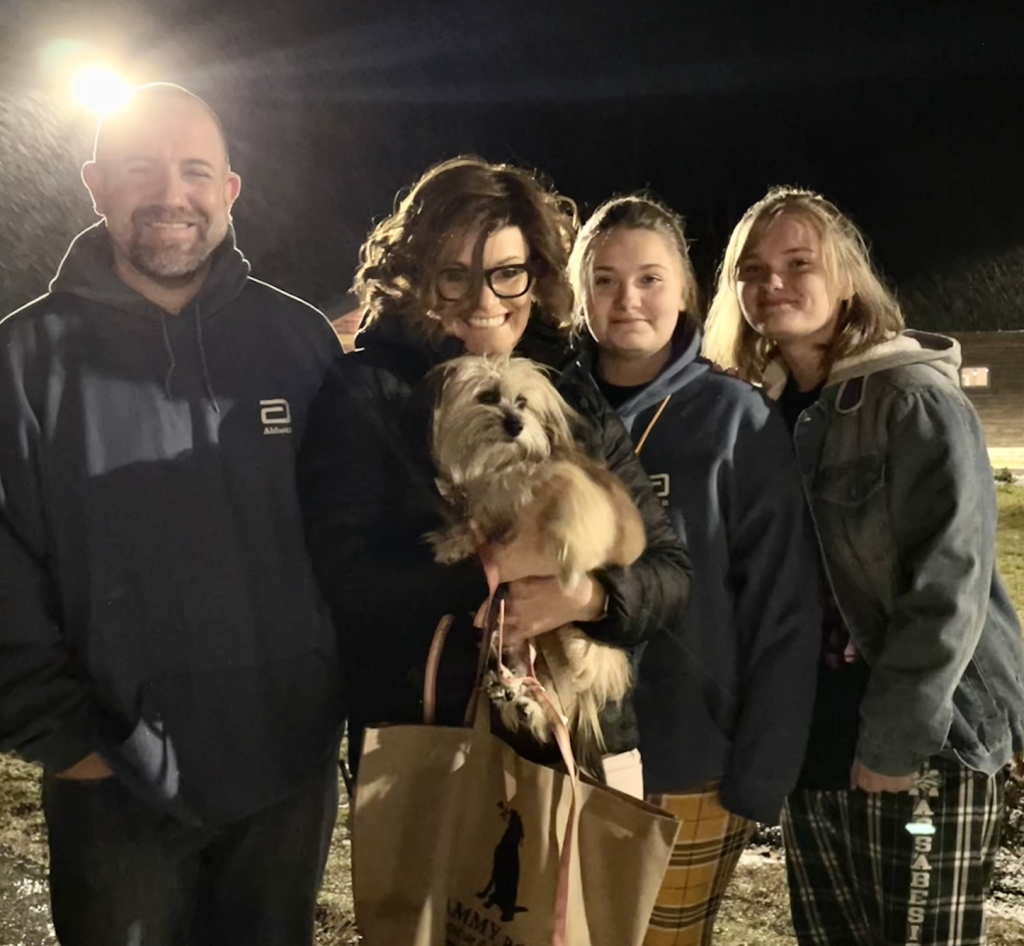 Little miss Mooka has found her forever home! Pictured is one of our families who volunteer together with us at the rescue. They came one night to help us unload the transport van upon its arrival, and Mooka immediately stole their hearts. After our quarantine period was up Mooka happily went to her forever home […] 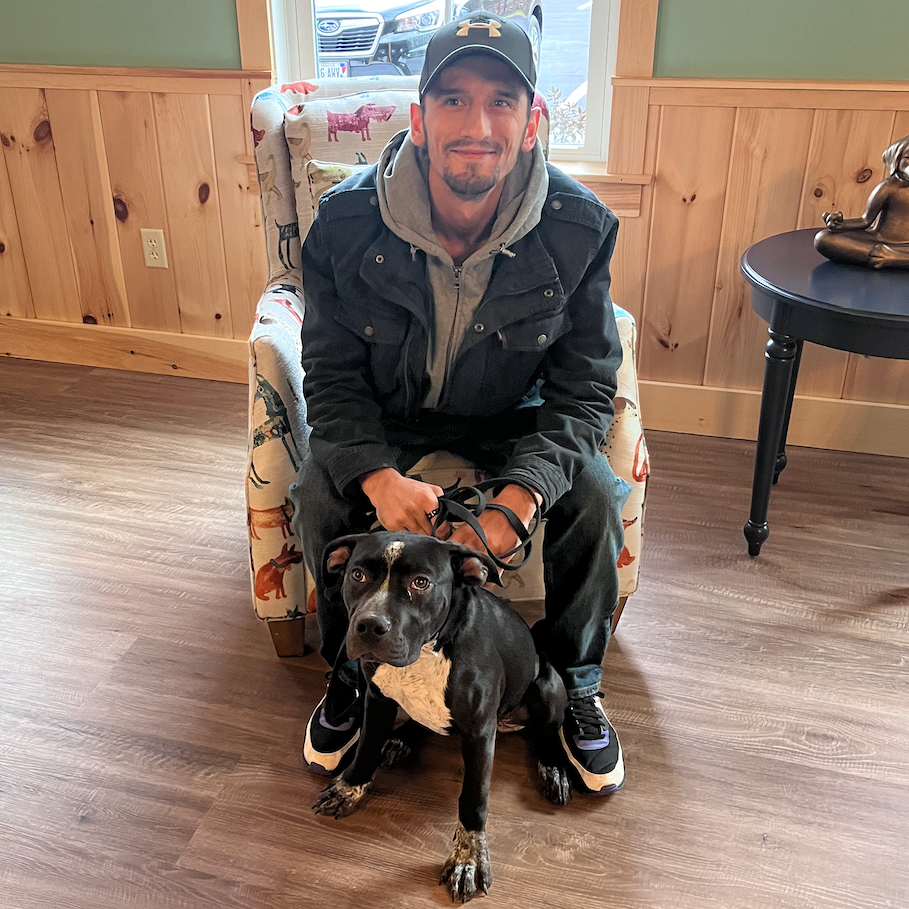 Our sweet girl Sarah has been adopted: Another Acton local adding one of our pups to their family! Tristen recently moved back to Acton and was seeking a pup companion. When he came to visit us at Grammy Rose and met Sarah it was love at first wag. Her new happy home is just two […] 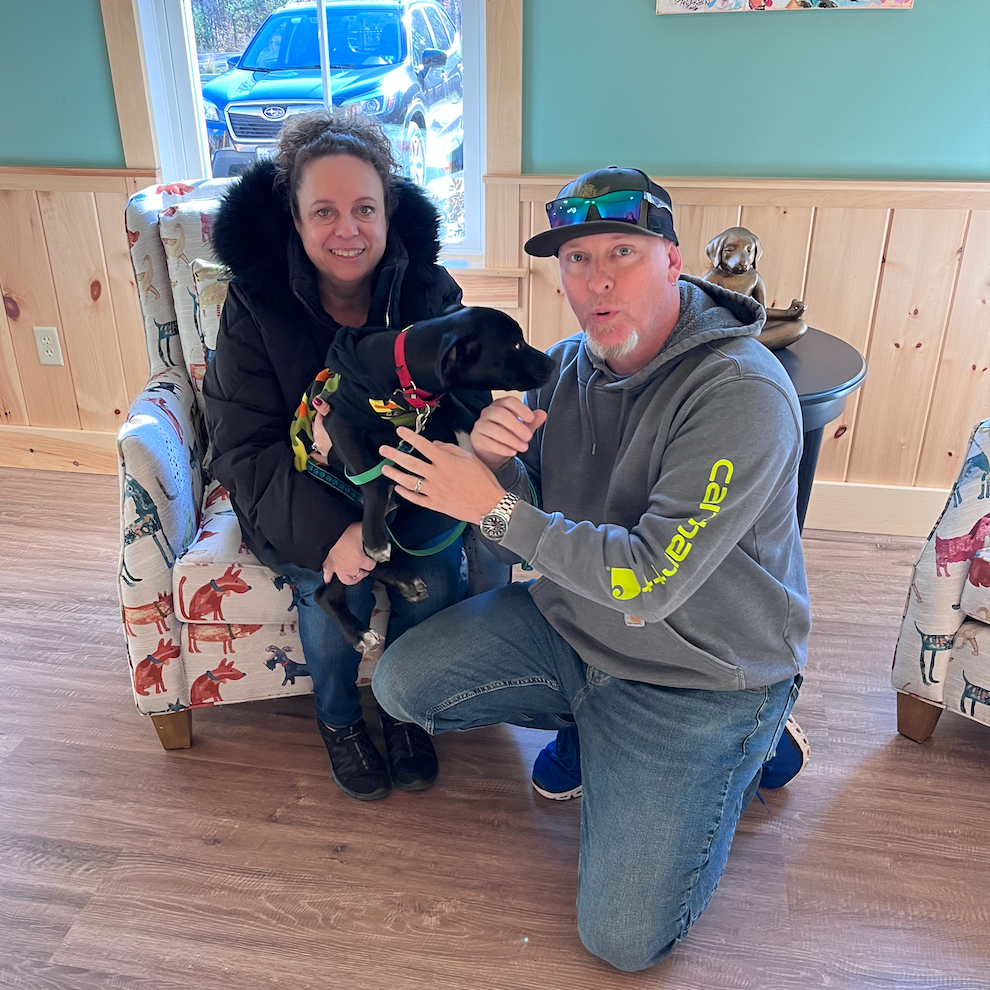 Tiny Timothee has been adopted! The little rabble rouser captured the hearts of Kara and Stephen, who live in nearby Alfred, ME. The couple have two dogs already – whom they call their children – so Tim will have plenty of playtime and love with his new big sisters. The family was super excited to […] 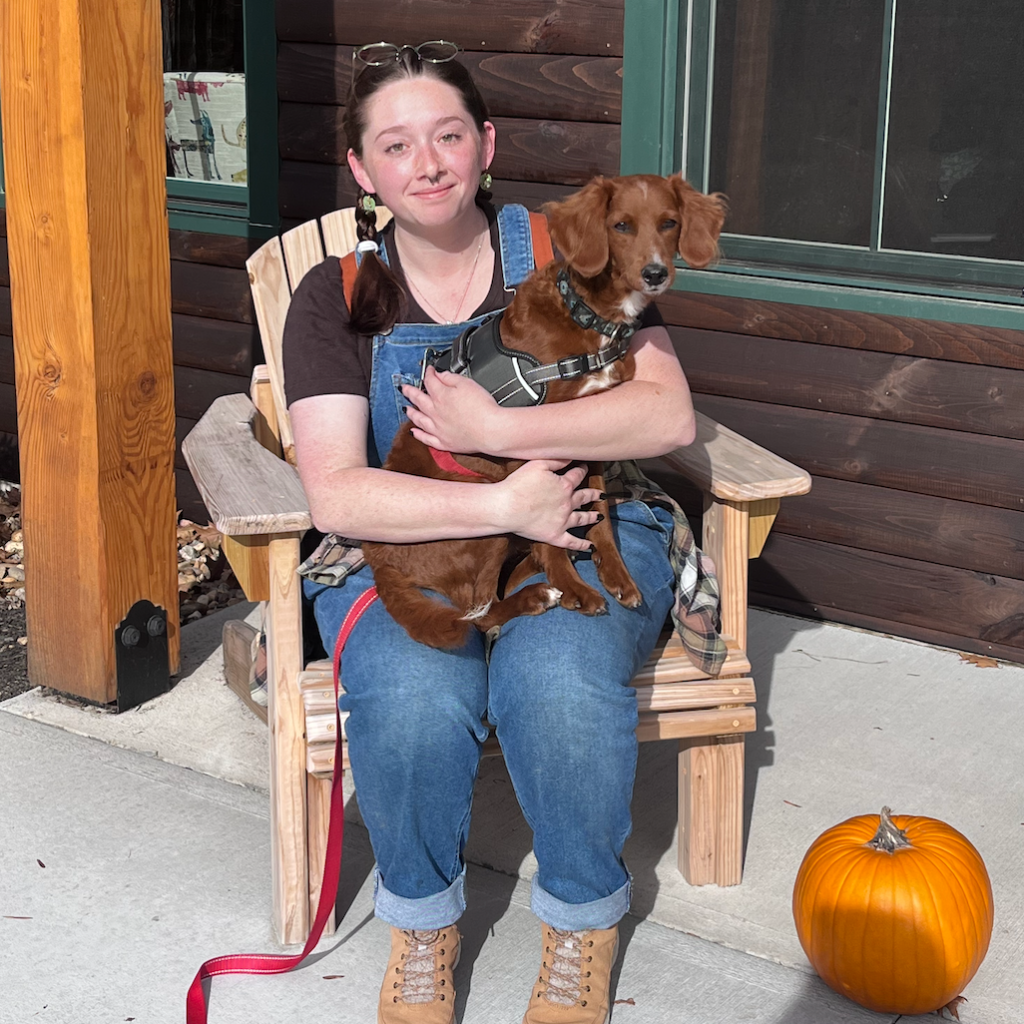 Our crew of local adopters keeps on growing, and we couldn’t be happier. Zorro has found a home with a member of one of our local veterinary offices, so safe to say he’s in good hands! Several other folks that either work or frequent the office also have Grammy Rose dogs. It’s a GRDR fan […]