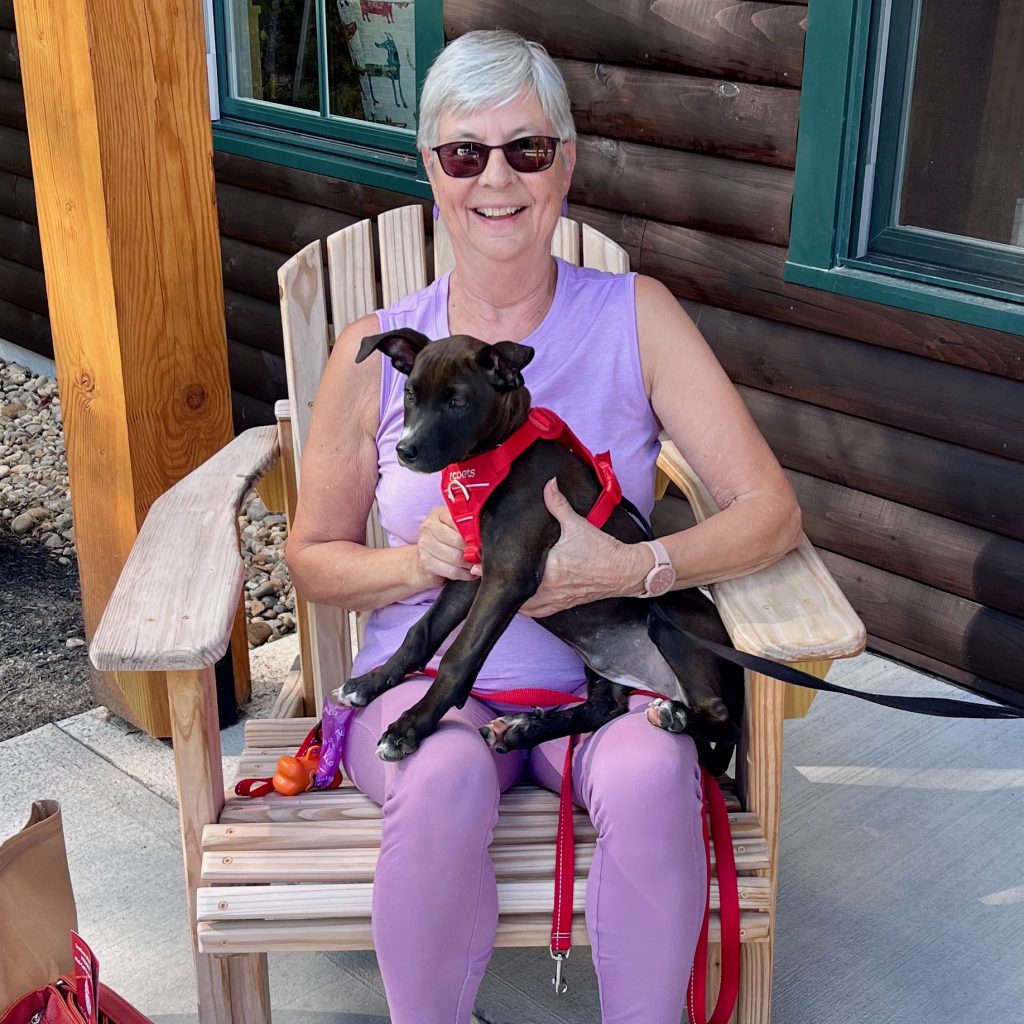 When this sweet Chocolate Lab mix puppy arrived from Texas, she was called Coco. When Coco met her new mom, she got a new name. Say hello to Sasha! Sasha was adopted by Pat, who lives in nearby Springvale. Pat visited the rescue several times to make sure she and Sasha were meant to be. […] 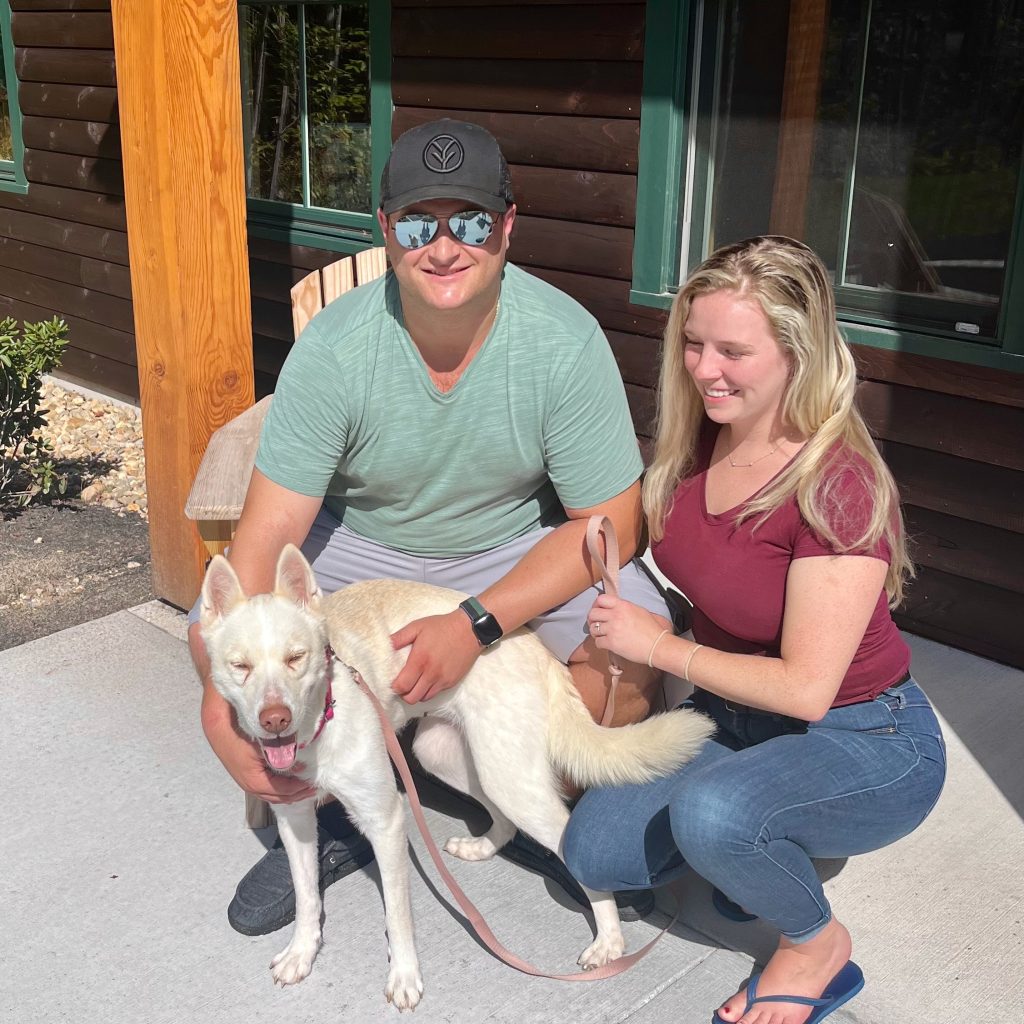 The happy couple in the picture with Cloud are Matt and Hannah, who recently got engaged and recently bought a new house in nearby Nashua, NH. Though both had dogs growing up, Cloud will be their first dog together, and in a case of having the proverbial cart before the horse, Matt and Hannah jokingly […] 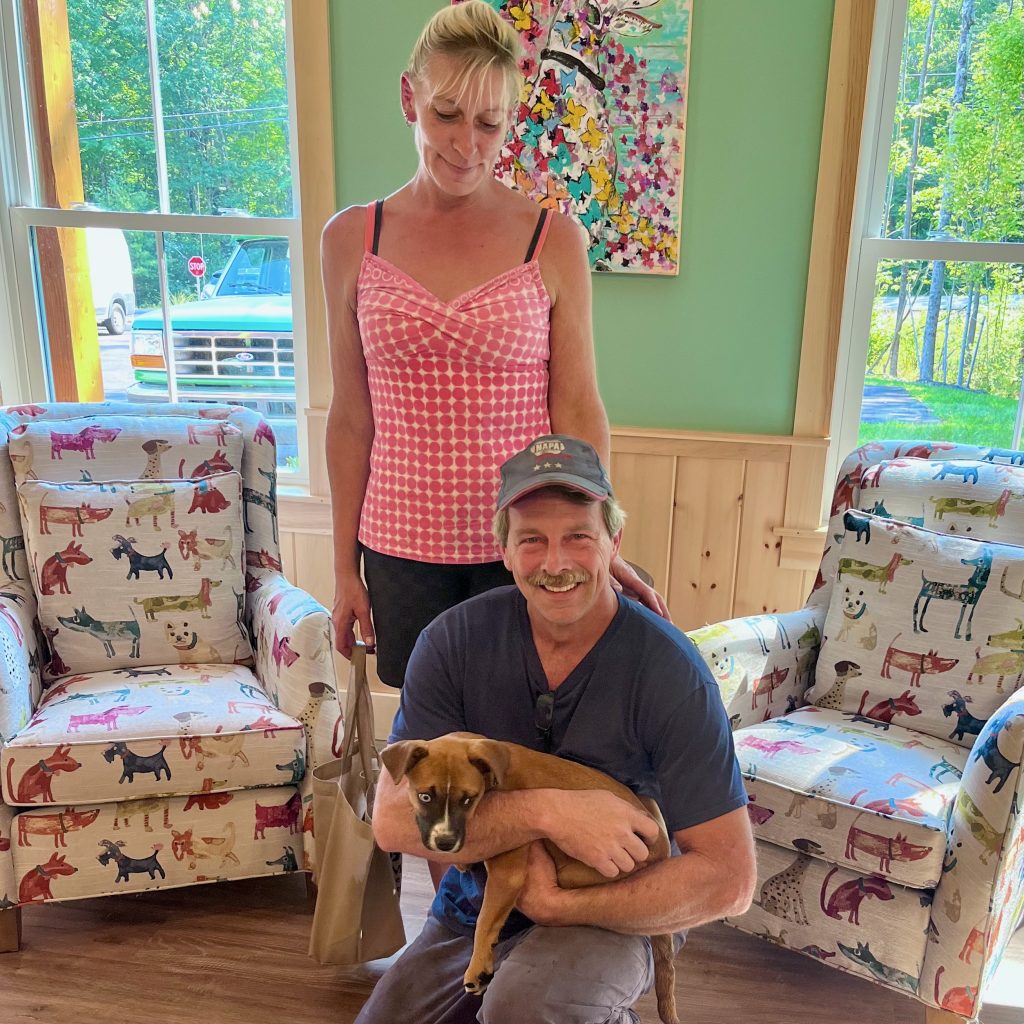 Our little buddy Anderson has found a new home and a new family, and we’re completely thrilled about it. Meet Robert and Patty, who have adopted Anderson. They live in nearby East Wakefield, NH where they have a hobby farm. In addition to his new parents, Anderson gets to share the farm with a pig, […] 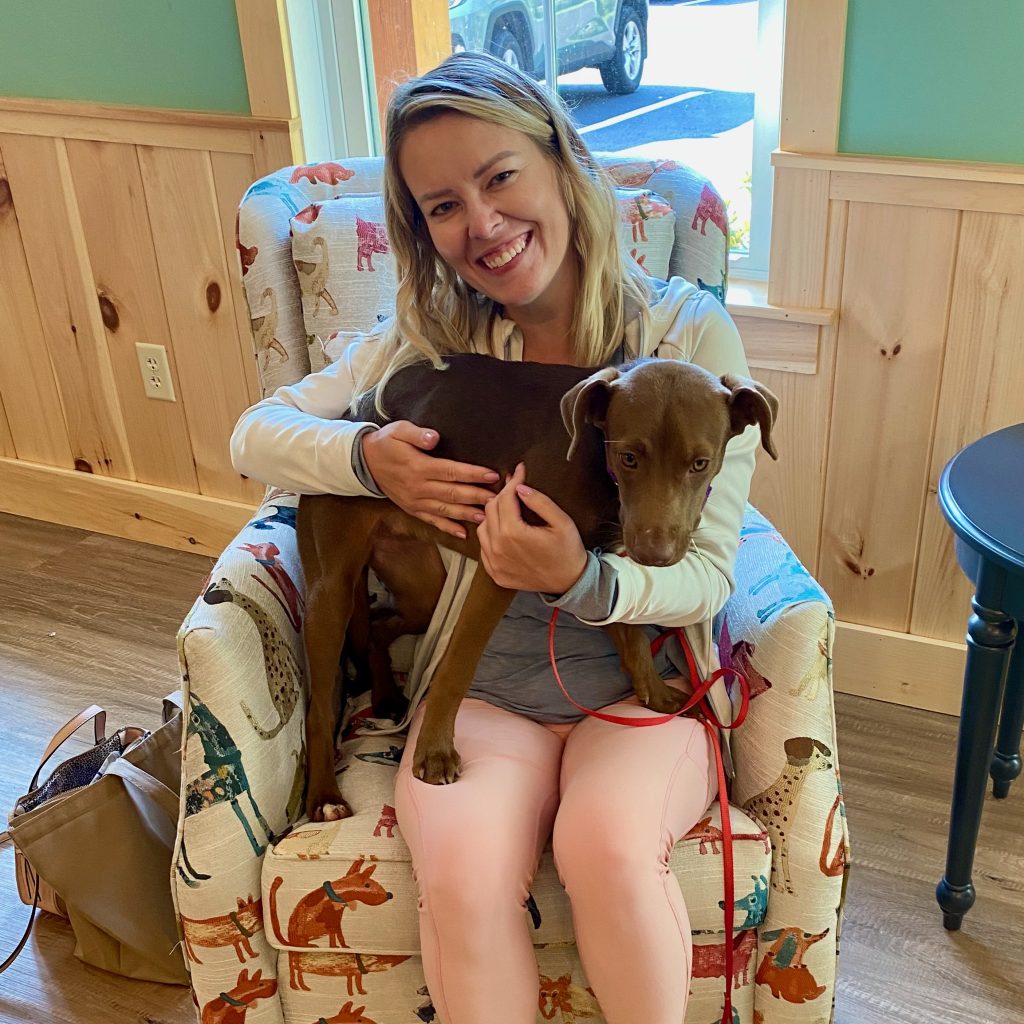 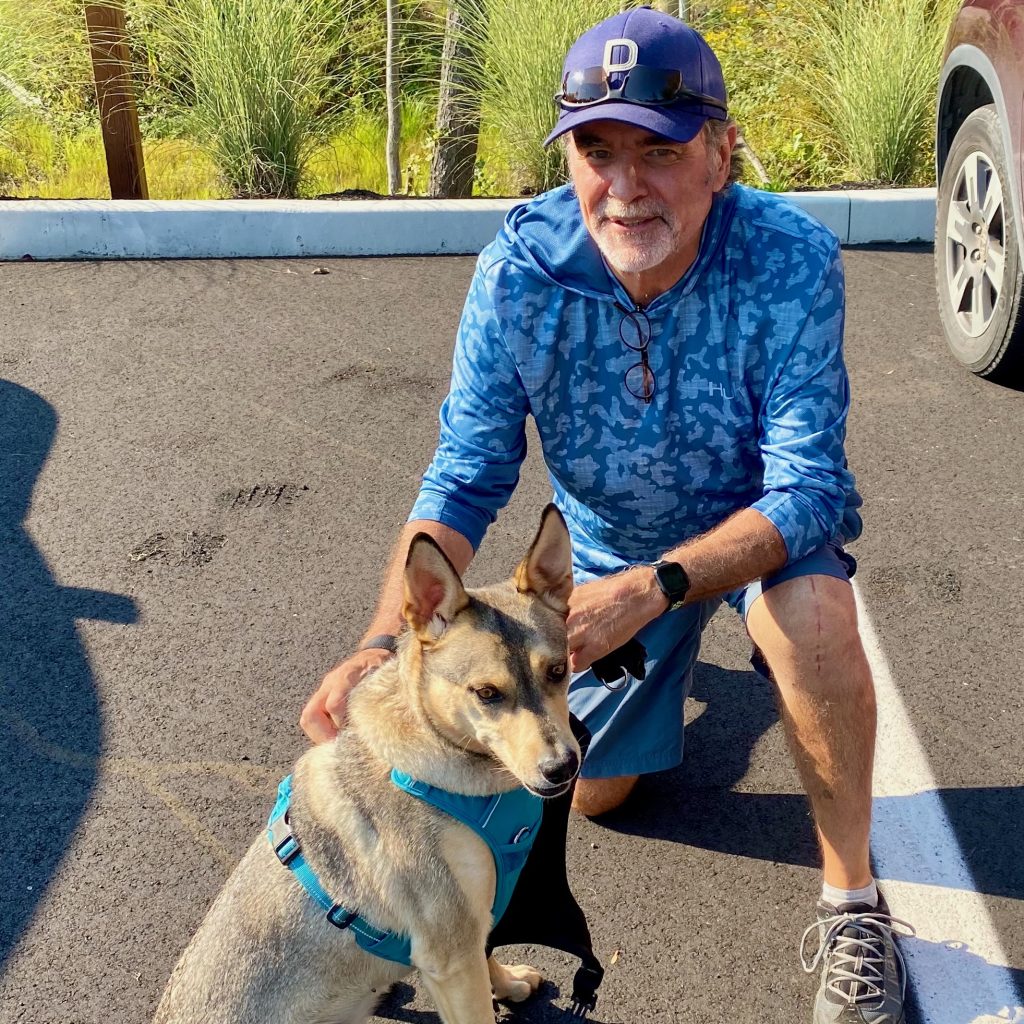 It’s a magical day at Grammy Rose when we host an adoption, and today we’re really excited to share that Rue has a new home and a new family! The gentleman in the picture with Rue is Nate, and he lives in Waterboro, right here in York County. When he came to see Rue, he […] 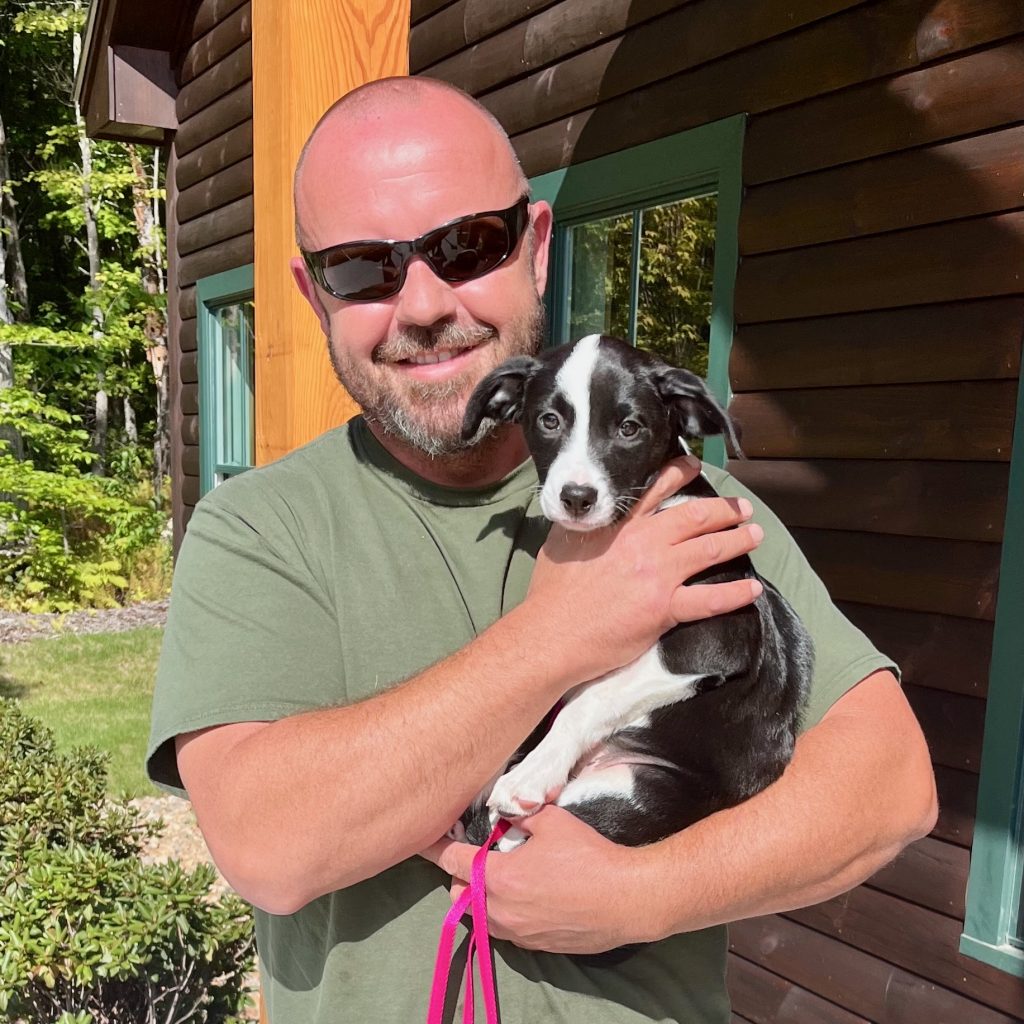 Sweet little Trixie, one of our “Oreo” puppies, has been adopted. Trixie will be relocating to the town of Grey, where she’ll be living with Patrick, Megan, and their 3 year old daughter. Patrick and Megan told us that the family was ready for a dog, and they specifically wanted a puppy so that the […] 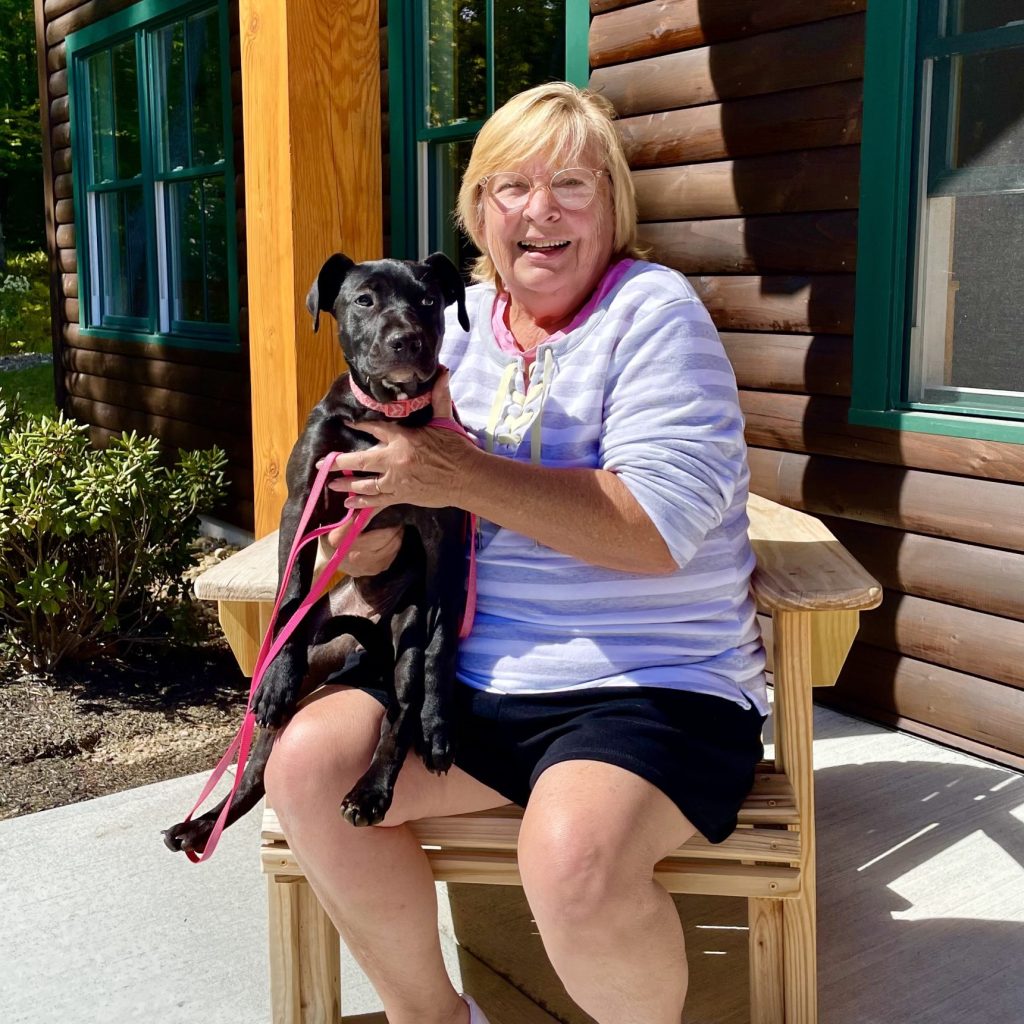 Bindi, one of our black and white puppies from Texas, has been adopted. Brenda (pictured with Bindi) and Craig live in nearby East Wakefield New Hampshire, and were looking for a playmate for their new German Shepherd puppy. Ironically, Bindi and the Shepherd pup are the same age and when they met, we all knew […] 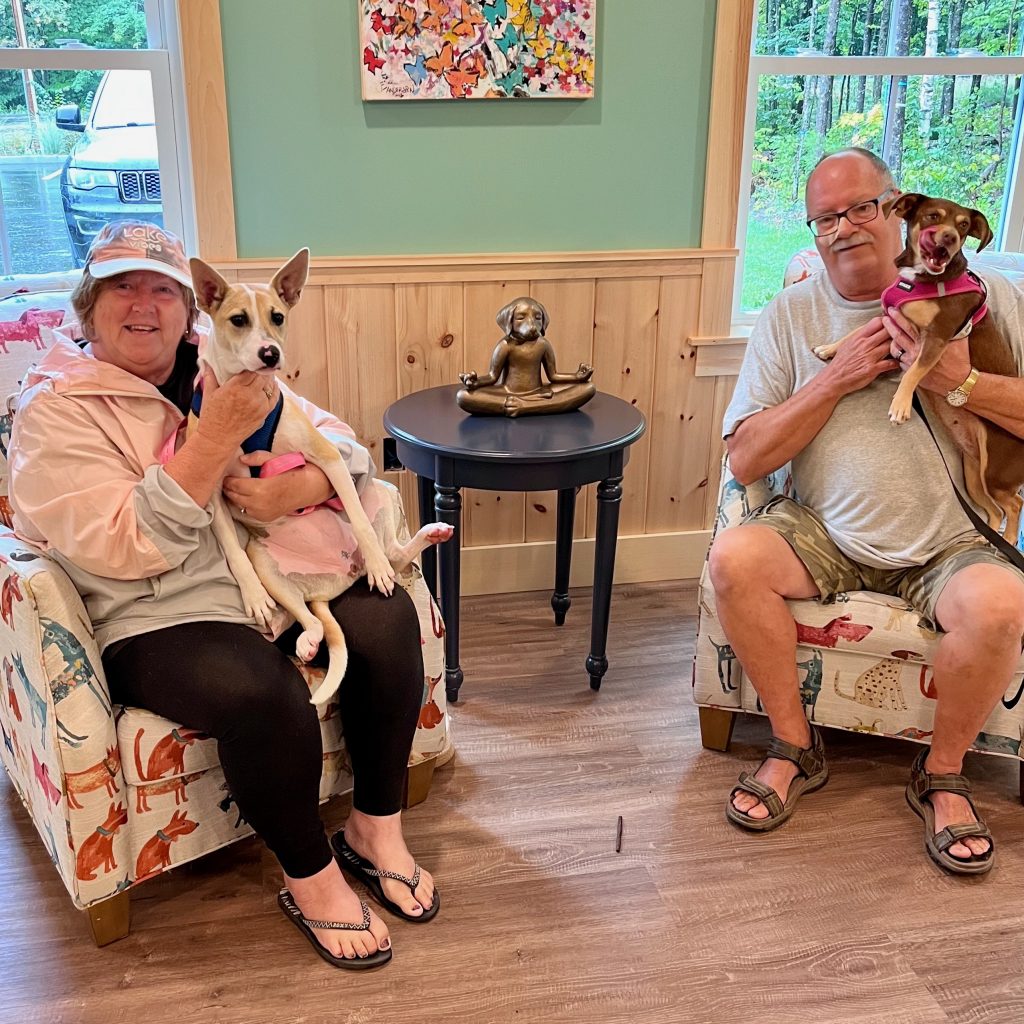 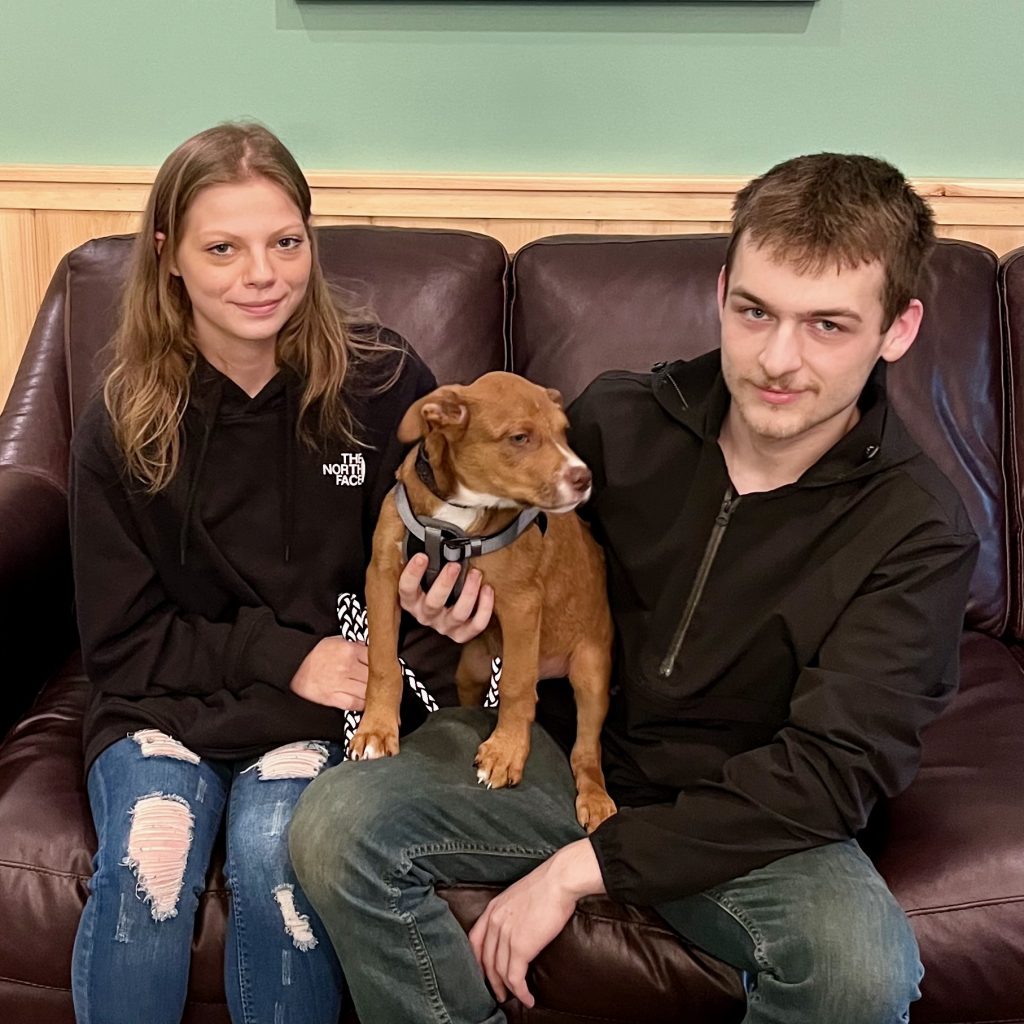 Gallagher is one of the super cute Boxer puppies we recently acquired from Texas, and he has been adopted! Gallagher was adopted by Richard, a landscaper who lives with his father and a 13-year old Mastiff in Steep Falls. Richard loves the outdoors, and will be taking Gallagher with him on walking and hiking outings, […] 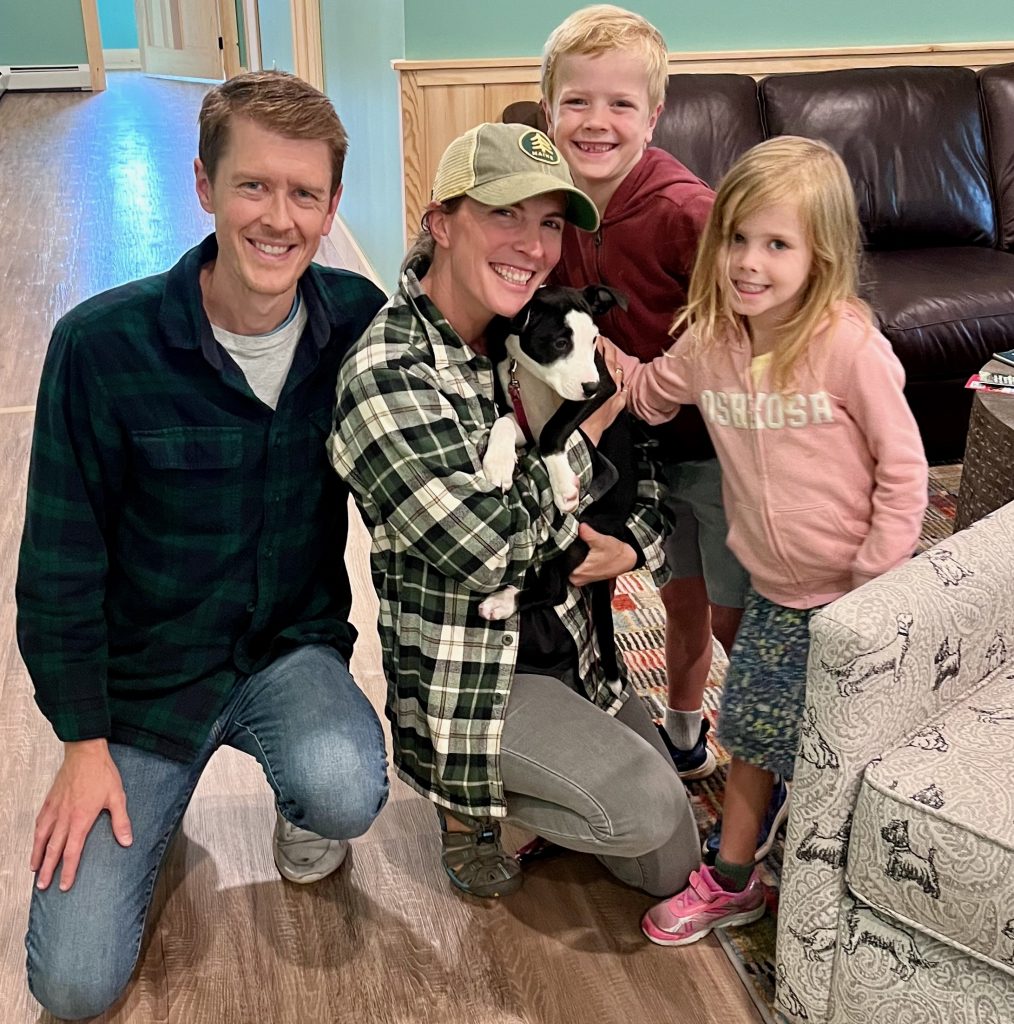 Sweet Celeste has a new family and a new home! Celeste is relocating to Roslindale Massachusetts and will be living with Ellen and Kyle and their two kids. The family lost a dog in March and has felt incomplete since that time. When they met Celeste, they realized she was the missing piece. The family […]